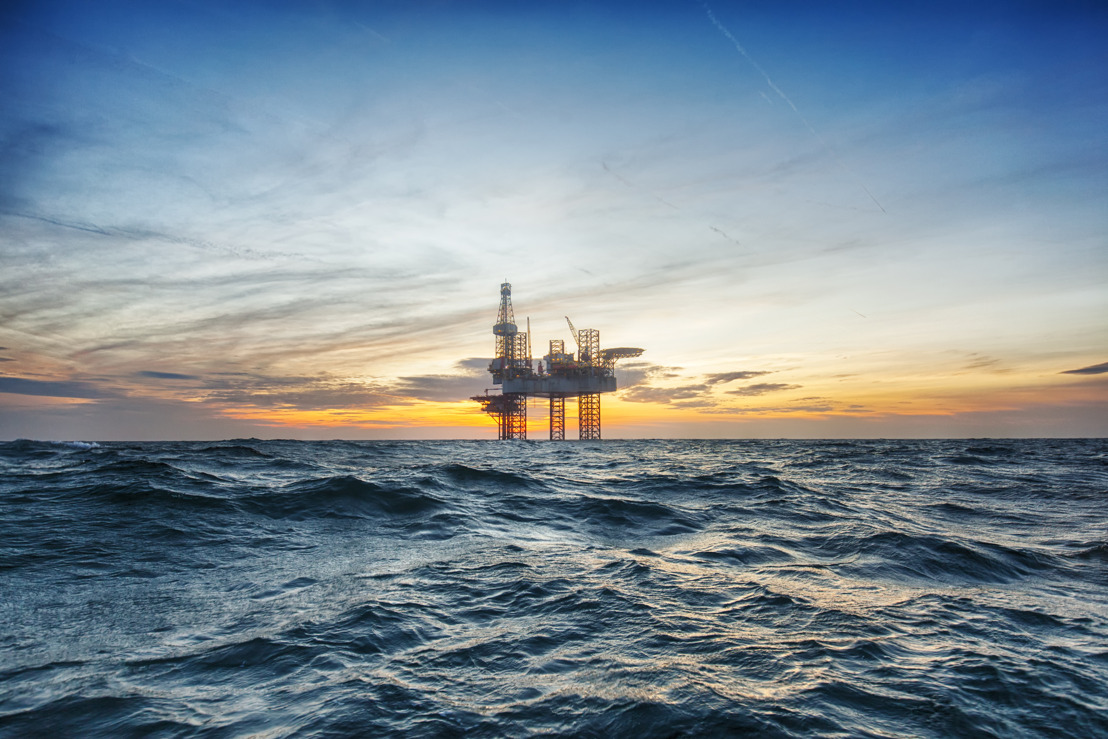 Vincent Van Quickenborne, Belgian Federal Deputy Prime Minister and Minister for the North Sea, Flemish Minister forThe Environment and Energy Zuhal Demir and the Danish Minister for Climate, Energy and Energy Supply in Denmark, Mr. Dan Jørgensen,have today entered into a ground-breaking agreement to enable captured CO2 to be shipped across their boarders to be permanently stored in a sandstone reservoir 1800 metres beneath the seabed of the Danish North Sea. The agreement allows Project Greensand to move forwards with Europe’s first ever trial of the entire supply chain for carbon capture and storage to be carried out later this year.

Carbon Dioxide, captured by INEOS from its plant at the Zwijndrecht site can now be shipped via the port of Antwerp to INEOS’ Nini West oil platform 200 kms off the West Coast of Denmark where it will be injected as a liquid, into the former oil field below the seabed surface. ​

There is currently no captured CO2 in Denmark that is suitable for storage in connection with the demonstration phase of Greensand. But with the new agreement, it will be possible to transport captured CO2 from INEOS in Belgium to Project Greensand's storage locations in the North Sea.

Project Greensand is one of the frontrunners of CO2 storage projects in Europe. It brings together a consortium of 23 specialised companies, research centres, institutions and logistics partners led by INEOS and Wintershall Dea, with an ambition to eventually store up to 8 million tonnes of CO2 per year by 2030.

"The development of new methods to reduce carbon emissions is vital for the future of our planet. The sea can play a key role in this. Not only has it always been very important for regulating our climate, but it also offers opportunities for carbon capture, recycling and storage. Our Belgian industry is very much involved in this. The Greensand project is one of the leading CO2 storage projects in Europe. This is a promising technology. We have signed an agreement with Denmark to cooperate on this so that we can store our captured CO2 in their empty oil and gas fields."

"We are very pleased that the Danish Minister of Climate, Energy and Energy Supply and the Deputy PrimeMinister and Minister of north Sea of the Belgian government as well as the Flemish Minister of Justice and Enforcement, Environment and Energy have concluded this ​ groundbreaking agreement. It has been the subject of many and lengthy negotiations - and we would like to acknowledge their great efforts. This is an important step forward to ​ continue Project Greensand, which is making an important contribution to the green transition in Denmark."

"INEOS Oxide has built on extensive experience in capturing CO2 emissions from its ethylene oxide process. ​ ​ Over the past 12 years, we have worked in collaboration with two other industrial partners to capture, purify and liquefy CO2 on the site. Thanks to our expertise, we can supply CO2 that can be used for the pilot project. In addition to our role in the Greensand consortium, INEOS will also be the first Belgian company to store CO2 in the Danish North Sea under the agreement. The project will play a pioneering role in the refinement of carbon storage technology and will make an important contribution to the achievement of the Danish, European and Belgian climate objectives."

"Seeing is believing. This project will demonstrate very tangibly that the storage of CO2 under the North Sea is technically possible and can also be carried out safely. I am delighted to work together with INEOS as part of the Greensand project, carrying out this pilot from the port of Antwerp as a first mover, giving us a front row seat to support it. CCS ('carbon capture and storage') is therefore an indispensable intermediate step in our transformation to a sustainable port."

Project Greensand aims to develop and demonstrate that CO2 can be stored underground in the Danish part of the North Sea. As part of this it will test the entire supply chain for capture, transport and storage of CO2 permanently beneath the seabed in a safe and reliable way later this year. Successful implementation could open the door to large-scale CO2 storage. The project has the support of the Danish government: In December 2021, the Danish Energy Agency (EUDP) awarded Project Greensand €26 million with a view to developing and demonstrating CO2 storage in the North Sea.

The Siri trench off the Danish coast is ideally suited for the pilot project because the seabed is very hard and there is virtually no seismic activity in the ground. ​ DNV GL has independently certified that the Nini West field is conceptually suitable for injecting 0.45 million tonness CO2 per year per well for a 10-year period, and that the subsea reservoir can safely contain the CO2. INEOS Energy has extensive experience and data on the Siri area through its activities over the past 20 years. Furthermore, the area has suitable reservoirs and scope for further development.

If the pilot project is successful, the Greensand project will be prepared to store one and a half million tonnes of CO2 by 2025. The storage capacity in the Siri area will then be further scaled up, with a target of achieving potential storage of 8 million tonnes of CO2 annually by 2030.

The Greensand project helps to realise the European, Belgian and Flemish ambitions regarding climate, sustainability and energy transition.

In addition to the primary focus on reducing CO2 , the EU recognises that some energy-intensive sectors will inevitably continue to emit CO2 during the transition phase. Capturing and storing CO2 is recognised as an important and necessary solution contributing to the reduction of CO2 emissions and the achievement of climate objectives. The EU has developed a CCS Directive providing a clear legislative framework for the safe storage of CO2 .

The Flemish government also sees CCS as part of the solution and aspires for Flanders to play a pioneering role in Europe. The Flemish coalition agreement, the Flemish Climate Strategy 2050 and the Flemish Energy and Climate Plan 2021-2030 have clear ambitions for CCS.

The Greensand project deliberately opts for an 'open source' method. This means that in time other players will also be able to store CO2 in the fields concerned.

The Belgian-Danish cooperation is also working on a suitable legislative framework for cross-border transport of CO2 . The Greensand project thus paves the way for a broader, large-scale application of this technology, also in the context of other projects.

How does CCS work?

The method consists of 3 steps:

CCS is based on extensive scientific research and uses proven technology that has been in use for some time. Safety and sustainability are the absolute top priority.

INEOS is a global manufacturer with annual sales of $65 billion and more than 25,000 employees across 183 sites worldwide.

INEOS produces raw materials and energy that are used in everyday life. INEOS' products make a vital contribution to society by providing the most sustainable options for a wide range of societal needs. For example, for food preservation and maintaining clean water; for building wind turbines, solar panels and other renewable technology; for building lighter and more fuel-efficient vehicles and aircraft; for medical equipment and applications; for clothing; and for insulation and other industrial and household applications. ​

INEOS companies have set up plans and actions to ensure their transition to a net zero economy by 2050 and to stay ahead of evolving regulations and legislation. As part of its strategy to reduce greenhouse gas emissions, INEOS aims to move towards a more circular economy, in which materials are maximally reused. ​

Born in Antwerp (Belgium) INEOS has grown from 1 site in Zwijndrecht to 7 other production sites in the port of Antwerp (2 in Lillo, 2 in Zandvliet, 1 in Doel and 2 in Geel) and 2 others in Wallonia (in Feluy and Jemeppe). ​ With 3,050 employees at the sites and in the R&D centres, the O&P, Oxide, Styrolution, Phenol, Oligomers, Aromatics and INOVYN activities of INEOS are together the second largest employer in the chemical industry in Belgium.

INEOS Oxide in Zwijndrecht was established in 1998, as the first site of the INEOS Group. The INEOS Oxide site, located in the Port of Antwerp, employs about 1000 people to safely run various production units. There are also 10 other companies located on the site, where INEOS provides services such as the supply of electricity and steam or the maintenance of their installations. In this way, a win-win situation is efficiently created for all parties.

The site manufactures products used in applications ranging from medical devices and cosmetics, to detergents and laundry products.